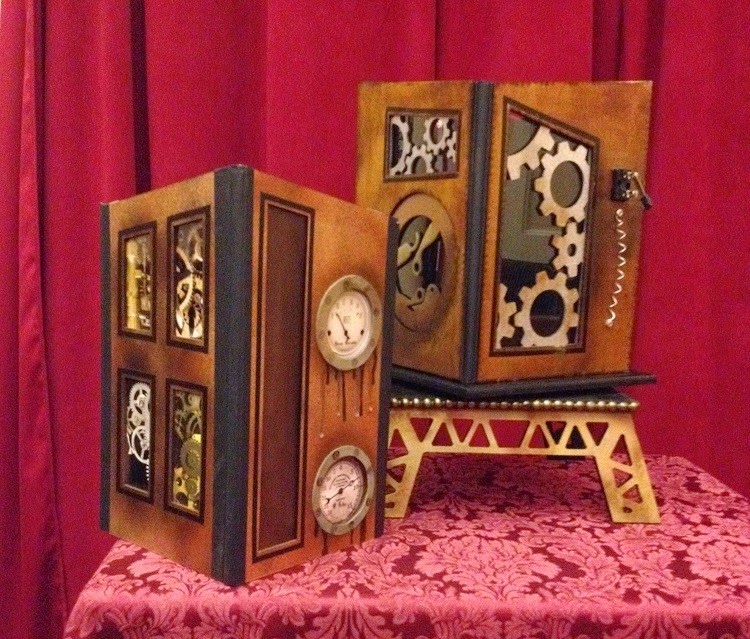 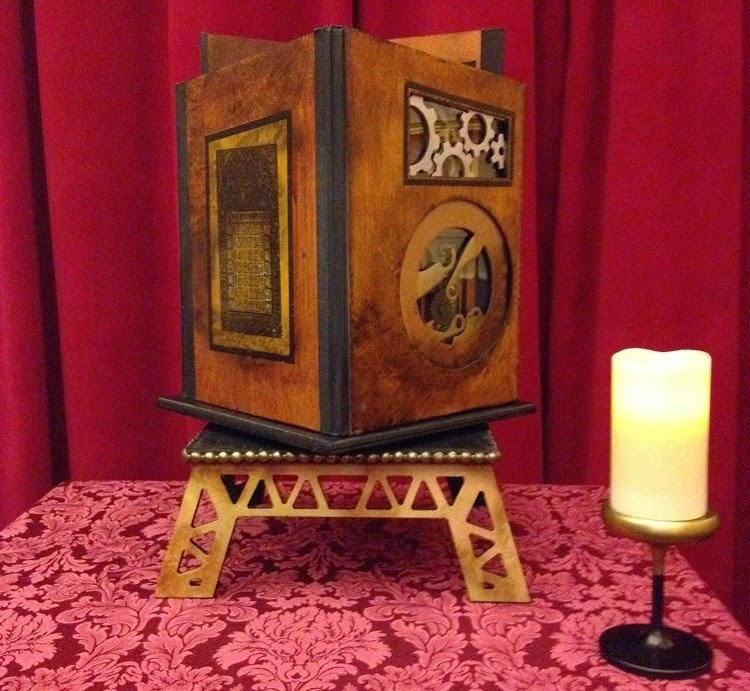 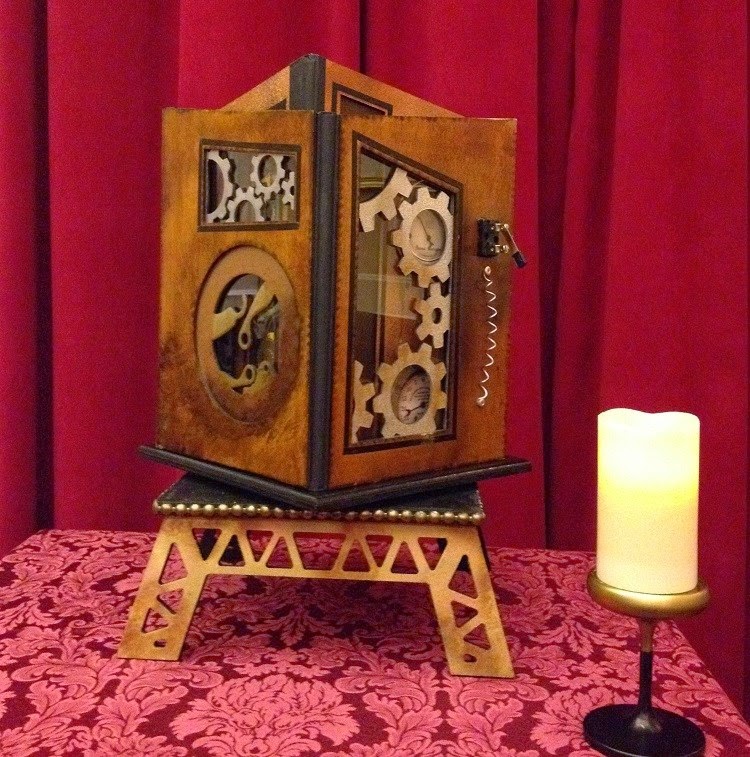 Thank you to Walt Anthony and David Facer for the wonderful pictures of the First Sent Out of That Infernal Contraption!!
Still Available for $595 Plus $40 Shipping for a limited time in the US  as this ships as a 16 lb box!!!

Posted by Mike the Make-Up Guy at 7:34 PM No comments:

Sorry for the delay.. and a secret set of updates!!!

I know it's been a long time since this blog has been updated.. and i promise it won't be that long again.

I've been working on a TV show called The ORIGINALS.. working out of Atlanta Georgia.  That's about 2000 miles away from the shop at Wack-o-Magic.

The show is great... the peopel are nice.. but it makes it virtually impossible to put new magic onto the market.

That may change with Wack-o's next release... if all goes well I'm going to team up for the FIRST time with another magic company.. either Hocus Pocus or Theory 11 to put out a JUMBO Coin 3-FLY!   It's NEVER BEEN DONE.. and for good reason. It's a stage version of a close up effect that takes practice.  It's hard.  It's new.  It's been tested by Kyle Ravin, a wonderful magician in Singapore.. and now it's coming to America via the wonderful magic of download and DVD.. The shells will be made by me.. possibly in a variety of coins.

I can probably make a shell out of virtually any 3" jumbo coin.. but I'd rather keep it simple.

Anyway.. that's the story for wack-o's delay... I'm sorry I'm not putting out more magic.. but That INFERNAL CONTRAPTION is here.. and it's wonderful.. and the Jumbo Three Fly will be out in a few months.. and it's going to be wondeful.

I'm wonderful.. and wack-o is NOT going out of business... probably ever.. but certianly not int he next decade.. I have a mile long list of stuff that hasn't been made yet.. and stuff I need to re-release that's not currently available.. Grimoire's are in my future.... really.. improved and just as amazing... but sadly about 30% more expensive.
Posted by Mike the Make-Up Guy at 6:22 PM No comments:

Welcome to That Infernal Contraption.  Magician have been using Square Circles for Generations in their act.  They are cumbersome.  They're often ugly to the point of gaudiness. They produce silk hankerchiefs, or flowers or something equally  discordant with the image of a male performer.  Welcome to somethign that ain't your grandfathers Square Circle!!

An ornate Victorian-Steampunk inspired example of wood cabinetry, with gizmos and gadgets and thingamajigs and knobs and switches ...that allow for intergalactic time-space- travel... and huge entertainment value.
Jules Vern, H. G. Wells, Charles Dickens, and Edgar Alan Poe would have loved this prop! The Outer-Cabinet opens to reveal an Inner-Chamber, both rest on a revolving art nouveau inspired base.
The conjurer weaves strange tales of half-mad inventors and secret laboratories where ramshackle machines create a vortex making teleportation possible. He reveals the cabinet’s “present” (outer chest) and “past” (inner chest) and how space-and-time can be manipulated and warped at the magician’s will.
Imagine being able to produce Jack The Ripper's bloody gloves, Edison's first light bulb, John Wilkes Booth's diary, Queen Victoria’s wedding veil!!!
Not only is this a beautiful and collectible artifact, it is a practical and logically themed variation of the classic Square-Circle, with numerous innovations in design and function, allowing for a considerable load capacity, but the ability to dismantle and pack almost flat. No one will ever guess that this contraption is based on a classic method.
The painstakingly fabricated components are very deceptive and the entire unit plays huge, but packs into a small aluminum case for transport and storage!
Each individually constructed and hand-finished piece will be:
—Each unit hand-numbered by Wack-O Innovative
—Comes with a Certificate of Authenticity
—Performance Rights for story and presentation
—A full Story-Presentation by respected bizarrist Walt Anthony —Collectable Unit Limited Edition, with individually ornamented components —A protective aluminum transportation case

I have only made 15 of these.. and 4 were immediately taken!!  that means that only 11 can go to magicians world wide!!   The case, as shipped, weighs 18 lbs!  This is a GIANT prop that pack FLAT as can be into it's own suitcase!!!