I just realized that I haven't had a blog post for almost 4 months.. that's not because nothing is happening here at Wack-o-Magic!  It's because I've been so BUSY!!

It's still going to  have some small tweaking, but it's finally at long last... done-ish.

I've also been working on a new prop (actually a few of them..)   but this one is super special!  It's an anti-bullying routine with a familiar prop that's been re-designed by one of the top conceptual designer in both fashion and film.

The prop is being called TALLER OR SMALLER and will premier at MAGIC LIVE in Las Vegas in August.. and will be available to the general public through Wack-o-Magic and on a VERY limted basis from Hocus Pocus Magic 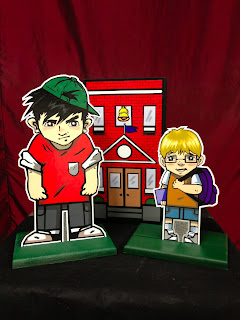 I have a wonderful time travel prop coming out as well probably in Sept or Oct called The Infernal Contraption. It's a sort of Square Circle.. but in name only. This is highly decorated in  true steampunk and comes with a routine that includes Thomas Edison AND Jack the Ripper.  It will also come in two sizes.. I think it's about time that someone put out a TRUE stage size Square Circle that isn't Ugly and covered in inapproriate stencils and yellow fringe.

I'm going to tip the general idea behind the end of the year project.. and that's I'm designing and making  MAGICAL FURNITURE!!!  That's right. Architectural Quality furniture that you can use as a piece of furniture 98% of the time, but then you can actually do a magic trick with it that's been familiar to you for generations, but has NEVER beeen seen like this.  I'll have a bar 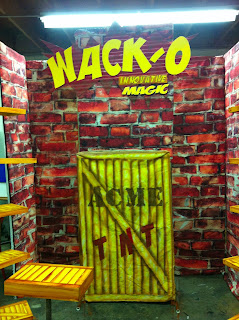